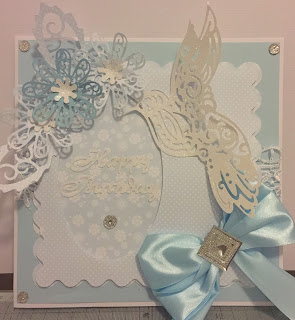 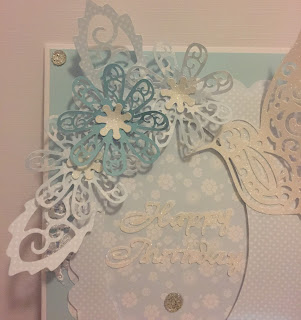 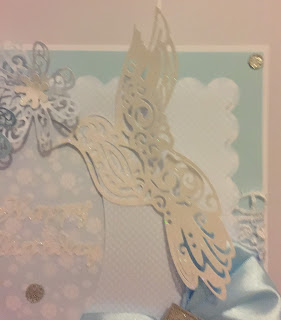 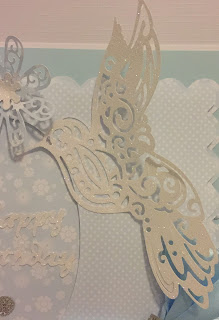 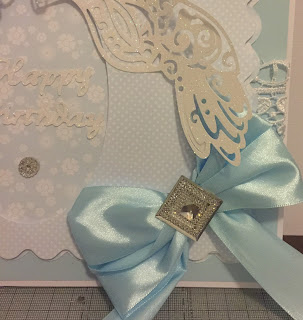 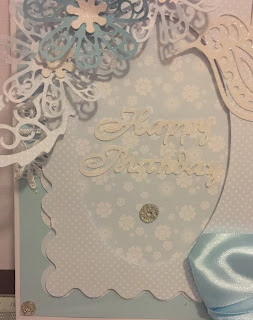 Morning all I hope you are all well this morning well we
thought that Dad was coming home out of hospital today but
last night he had another heart attack so it looks like he
will be staying longer.

Today's card Is a sample that I did for the Scene Builder USB
for the scanncut.

I started with a 8"x 8" white card which I added a mat of pale blue
card.
Next I cut a scalloped mat out of a paler blue card on the next layer I
cut it a fraction smaller and I cut a aperture down the left side.
I wrapped a piece of white lace around my bottom layer and then
I added my two small mats to the centre of my card.

To finish off with I tied a large blue bow which I added to the bottom corner.
I added a large gem to the centre of the bow.

That's all for today and I thank you so much of stopping by.

I Design For Imagine That

I Design for IT

Proud to be a Designer for whoopsidaisy

Thank you for your comments

Proud to be on Whoopsidaisy DT

In Memory of you Mum